Master of Reality by Black Sabbath

The next choice for my highlights of Record Store Day 2021 is the new pressing of the much-acclaimed and apocalyptic third studio from Black Sabbath, Master of Reality.  Likely a stand-out pick for many RSD attendees, this may prove to be one of the harder releases to secure on the day due to its popularity.  Of course, being such a legendary album, Masters of Reality is still regularly reissued and readily available, so even if the chance to bag a copy doesn’t present itself on the day, I won’t be anywhere near as disappointed if I miss out on this as I would an album like my previous pick, Chippin’ In by Art Blakey and His Jazz Messengers, which is coming to vinyl for the first time for this year’s Record Store Day.  In fact, were I to already own another issue of this record, the prospect of a shiny, new, purple pressing wouldn’t entice me to buy it simply on the back of it being a Record Store Day exclusive, but it just so happens that there’s a perfectly Master of Reality-shaped hole in my Black Sabbath collection, so I’ll certainly be keeping an eye out for it on the day.

At the very least, the announcement of a new edition of Master of Reality has had me listening to it a lot recently, and I continue to find myself impressed by just how strongly it stands as an iconic and innovative monument to the metal genre.  Indeed, although an immensely influential record, whose dark and hypnotic voice can still be heard echoing through the catacombs of metal music today, there is nonetheless a very distinctive personality to Master of Reality that has firmly retained its compelling artistic purpose, even after half of century of it being repeatedly referenced by countless other metal acts.  The reason for this perhaps lies in what came before it.  Black Sabbath’s self-titled debut already proved that the band had a very clear idea of the stylistic sensibility they wanted to convey through their music.  The first song alone – with its trudging tempo, use of the supposedly ‘Satanic’ tritone and Lovecraftian lyrics – is emblematic of the much bleaker palette that would paint Black Sabbath’s style compared to the psychedelic sound out of which they were born.  Their second record, Paranoid, built on this core conceit with more pointed songwriting, putting less of an emphasis on psych rock jams and more on Iommi’s strong riff-writing capabilities, as well as experimentation with tempo changes and song structure on tracks like Hand of Doom and Fairies Wear Boots.  Master of Reality, then, seems very much informed by the band’s first two albums, but with a certain flair that is entirely new to the group.  For instance, although there are no songs as heavy-handed with their gloomy atmosphere as Black Sabbath, the decision to downtune the guitar and bass on this record, paired with the growling, fuzzy tone of Iommi’s guitar, steeps the whole album in a uniquely dense, dark and, most importantly, heavy sound.  This binds the entire tracklisting together – whether during the most upbeat and harmonic highs on After Forever or amidst the sluggish, stoner rock riffage on Into the Void – with a great sense of sonic cohesion.  Indeed, Master of Reality remains such a resonant record because it builds upon the already well-realised aesthetics of the albums that preceded it, with a sound that is so characteristically and categorically heavy that the shockwave it created upon its initial impact can be felt throughout the entire history of metal music and still strongly to this day.

From an outsider’s perspective, After may seem like an almost arbitrary choice of Ihsahn album to feature at this year’s Record Store Day.  The third of seven studio albums, and the last in a conceptual trilogy, the space that After inhabits in the solo discography of the Emperor founder seems entirely ordinary, but for many Ihsahn fans, After represents the culmination of the metal veteran’s artistic vision for his body of work after the days when Emperor reigned over the Norwegian scene during black metal’s second wave.  The initial trilogy of albums that heralded the inception of Ihsahn’s voice as a solo musician clearly sought to explore sounds and ideas that would have been unbefitting of the Emperor name, as it was Ihsahn’s growing interest in more diverse and progressive stylings that led to the group’s mutual decision to disband in 2001.  Ihsahn initially went on to expand his stylistic horizons with the band Peccatum, before continuing his artistic ventures on 2006’s The Adversary, the first studio album released under his own name, which marked the inception of a trilogy of records that would be concluded with the pinnacle of the musician’s post-Emperor career, 2010’s After.

Although noted for its broad range of influences, from across the spectrum of rock and metal to classical music, the calling card of Ihsahn’s solo work has always been the creative, clever and detailed songwriting that has defined his artistry across all his projects, and After boasts some of the strongest songcraft Ihsahn has brandished since the end to his Emperor days.  The heavily rhythmic verses of album opener The Barren Lands work to bolster the pay-off that comes with the beautiful melodic interludes of smooth, interlocking guitarwork.  Meanwhile, A Grave Inversed offsets passages of chromatic tremolo-picking and searing blast beats with saxophone soloing over a slower, accented rhythm; this inclusion of an avant-garde jazz-style saxophone being made to feel surprisingly natural due to the frenetic nature of the song’s melodic composition.  Indeed, Ihsahn’s flair for smart song structuring and carefully constructed transitions shows up all over After, with the title track being particularly noteworthy in this regard, and this is ultimately the album’s key strength.  Whilst the diverse influences and instrumental choices are interesting, what’s truly noteworthy is how well Ihsahn moulds these embellishments to his strong songwriting style with class and consideration for the core appeal of his music. 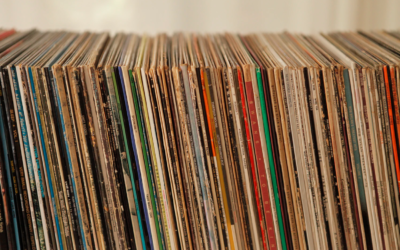 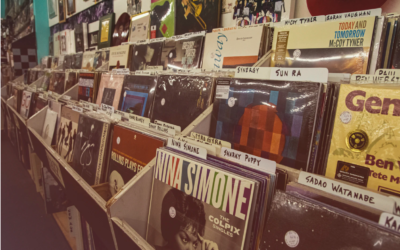